As you know, I recently went on vacation. We flew from Kansas City to Orlando, FL and then drove up to Jekyll Island, GA (about an hour from Jacksonville). It was so beautiful and relaxing. I’ve already shared some pictures but here are the rest: 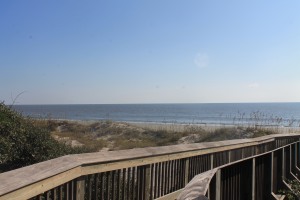 While walking on the beach, we ran across some guys who accidentally caught a stingray while fishing. They were very careful in their successful attempt to remove the hook from the fish before letting back into the ocean. 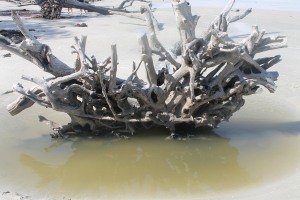 There aren’t many choices when it comes to dining on the island but everywhere we went during our stay was nice. The next three pictures were taken at Sea Jays. If you ever have a chance to go there, their crab chowder is incredible. 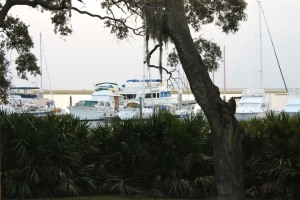 On our drive back down to Orlando, I was feeling pretty bummed about having to leave the ocean. I’m not sure when the next time we’ll get to the shore is (it had been more than ten years since my toes last touched the Atlantic) and so we decided to stop by Daytona Beach before settling into our hotel near Downtown Disney. 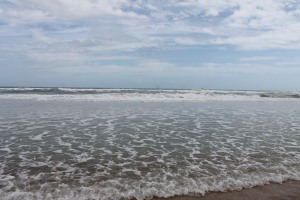 Our last stop led us to Downtown Disney for dinner and some shopping before heading back to the central Midwest. You can find my post from that evening here.

This last photo was from 30,000 feet in the sky. The clouds were just beautiful…