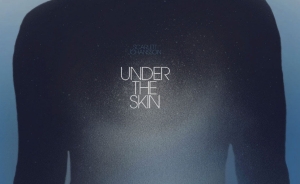 If you’ve been following along with my blog for a while, you know that I see a lot of movies (and I mean a whole lot) but it isn’t often that I get out to see a sci-fi drama like “Under The Skin”, which opens in the Kansas City market this weekend.

The film, which is accurately depicted in its official trailer (which you can take a peek at below), is an interesting take on what it means to be an alien learning about life in the human World.

“Under The Skin” follows the journey of Laura (played by Scarlett Johansson “The Avengers”, “Her”), an alien who preys on lonely men in Scotland, as she attempts to break free from her life as a huntress to explore what it means to be human.

The movie makes sense without actually making a lot of sense (if that makes sense). It gives away a lot without actually giving away anything. It will confuse you, intrigue you, and leave you in a thought induced transient state like only a good sci-fi drama can do.

Overall, on my movie review scale from one to ten where one is the worst, five is the best, and ten is the worst again: I give “Under The Skin” a 4.3876 with an emoticon based sub-ranking of: “Wow. That was interesting!”

Side Note: “Under The Skin” would be a GREAT drinking game movie. When it comes out on DVD (or if you happen to go to a theater that has a bar) use this as a reference:

1 Shot: Every time Laura attempts to pick up a man in her creepy van but fails.

1 Shot: Every time Laura attempts to pick up a man in her creepy van and succeeds.

10 Shots: If you understand EVERYTHING you see in this film.

0 Shots (at all): If you don’t enjoy it because, honestly, you’re just not into sci-fi films.