Mad About It Monday

Happy Monday, Everyone! Lately, I’ve been posting my M.A.M mini-rants on Facebook but something happened to me recently that warrants a blog post. Let’s just say that a simple Facebook post just can’t contain all of the rage. I’d also like to get your thoughts on the situation. After you’re done reading, leave me a comment and answer this: What would you do if you were in my position?!

When we were building our house five years ago, I was excited about the prospect of having the kind of neighborhood where there’s a real sense of community…you know, the kind of place that you’re excited to raise a family in. I don’t know if times have just changed or if it’s the neighborhood we moved into but we only know a handful of our neighbors and, although we really like them and are on friendly terms, we don’t know them all that well. One of our neighbors has a child that’s a few years older than my three year old daughter. We like this kid and are friendly with his parents and occasionally we’ll invite them over for a get together or spend a few minutes chatting while we’re all outside. Over the course of the last few months, the parents have asked me to babysit their child several times. It’s certainly not a problem at all. We enjoy having him over and are more than happy to help on occasion, when they need a favor and that’s exactly what I thought I was agreeing to when I received a text message last week asking me if I would mind watching the child for a little while on Saturday. Here’s what the message said:

“Hey, would you mind watching Kiddo on Saturday? I have to work in the morning and wanted to take SoAndSo out for his birthday dinner after work if he’s up for it.”

Now I assumed, as any rational human being would, that I would be watching Kiddo on Saturday evening, so his mom and dad could enjoy a night out. Absolutely no big deal. I replied and mentioned that, even though we were planning to go out to dinner, Kiddo was more than welcome to come with us if he wanted to. “It’s up to you guys,” said the mom. “Kiddo is always welcome to tag along,” I replied. “Cool,” I thought,  “It’s settled. We’ll take Kiddo out to dinner and it will be fun.” Apparently, I was wrong. The next morning, I got this text message:

“I have to work at 10:30 so I leave around 10:00…I can bring Kiddo over then and how much would you like for the day? Either his dad or I should pick him up around 7ish”

Wait, what?! Now something that was supposed to be an evening favor has turned into an all day ordeal but since I’d already agreed to her vague request for us to watch her child and since this child is old enough to come with us wherever we go, I decided not to worry about the change in our day. I didn’t reply to her comment about payment because, honestly, I’m a really bad negotiator when it comes to people that I know and I thought that she would ask me in person what would be fair. Fast forward to Saturday…

Kiddo came over around 10:00 in the morning. We played a few games and ran some errands before coming home for a pizza party lunch followed by blanket forts, a movie and snacks, hide & go seek, sidewalk chalk, and an assortment of other activities with the kids. Although it was long, it was a pretty good day. I have no idea what I’m doing when it comes to entertaining a seven year old child but I managed and, by the time 7:00 rolled around, I was a little exhausted and ready to head out to our already delayed dinner plans. Kiddo’s mom picked him up at 7:45, seemed kind of rushed, and made absolutely no mention of paying us for watching her child all day. I was a little floored. I certainly don’t mind doing anyone a favor but ten hours of my time is well beyond a good neighborly favor. So I sent her this text message:

“…I realized I never responded about how much money would be okay for the day. Anywhere between $5 and $10 an hour would be fine. Normally I would say don’t worry about it but since it was all day, I think that’s fair.”

She responded asking for an exact dollar amount, I replied with “$50 would be fine” (which comes out to be about $5 an hour, an amount I think is totally reasonable for all day child care including meals, snacks, and activities) and she said she’d bring it by tomorrow. Well, guess what?! Tomorrow came and went and the next day came and went, too and I still haven’t heard from them and they haven’t come by. 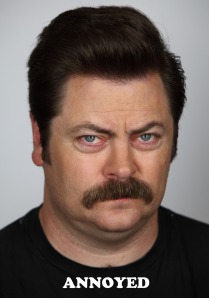 It’s not the money that matters to me, it’s the principle of the matter. When you say that you’re going to do something: DO IT!

I don’t know if it’s the fact that I felt tricked into agreeing to something that ended up being a much larger commitment than I anticipated or the fact that she offered to compensate me for my time but didn’t or some combination of the two but I am slightly appalled. I mean, who does that?! I can’t even imagine taking advantage of someone like that. I just can’t.

I would love to give them the benefit of the doubt and say that they forgot or that they were just busy but, the truth is, I know better. Kiddo has come over several times over the last few months and I’ve always declined an offer for payment because it’s only ever been for an hour or two but this time it was my entire day and that’s different. I can’t help but feel the only reason they asked me to watch him in the first place is because they didn’t want to have to pay for a sitter to watch their child. How frustrating.

Needless to say, I don’t think I’ll be doing them any more favors any time soon.

What would you have done in my situation?! Have you ever dealt with something like that? If so, I’d love to know how you handled it.

19 thoughts on “Mad About It Monday: How To Ruin A Relationship In One Simple Step”