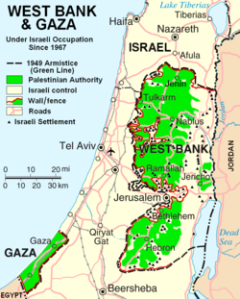 Several weeks ago I had the opportunity (which is rare for me) to listen to an interview with the President of Iran, Mahmoud Ahmadinejad. Prior to that, I had heard several references in the media (concerning support for proposed policies against the nation) about a particular quote that the President allegedly said regarding Israel and the map. What bothers me the most about situations like this is that the media (and social media) hears half of what someone says and runs with it before bothering to listen to the context surrounding it or the entire statement. Rather than providing fair, unbiased media it seems that there is an issue with manipulating words to fit certain agendas be it support for a war, support for policies, or support for a particular political candidate. Quite frankly, it pisses me off. The problem also lies within the viewers and citizens who don’t bother to get the whole information themselves but, rather, rely on the biased media and social media for “accurate” information.

Without going into ridiculously lengthy detail what Ahmadinejad actually said, in his interview, was that he believes that Israel should never have been a country and that, with concern to Palestine, the nation of Israel should not exist (because the Palestinians, according to what he believes, should be given their country back). Now I don’t think Ahmadinejad is a stand up leader in the Middle East, by any stretch of the imagination, but if you take the time to listen to what he’s said it actually makes sense.   That’s all I want to say about that topic. Moving on… 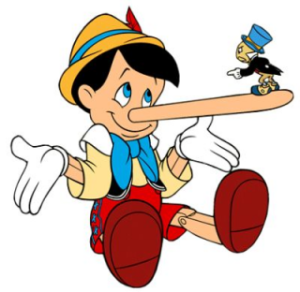 What’s bothered me most about this Presidential election, especially when it comes to the debates, is that there are a lot of half-truths circulating about what particular candidates have or have not said. No matter who I elect to support in this campaign, I believe everyone deserves a fair chance and what I’ve seen lately does not allow for a fair, true, and even playing field. Here are a few examples: 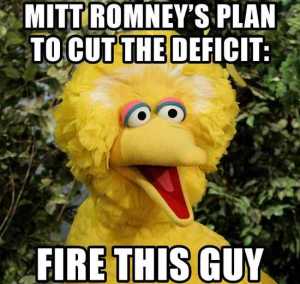 – Pictures were circulating all over the Interwebz with Sesame Street characters angry with Mitt Romney for allegedly saying he planned to cut funding for PBS.

What he ACTUALLY said was that if we had to borrow money from China for luxury things, like providing funding for PBS, it isn’t financially responsible to continue going into debt to support things that aren’t necessary. I don’t know about you but that seems pretty logical to me. 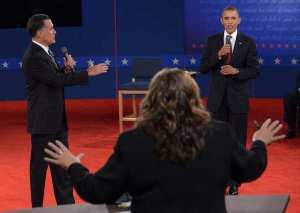 – During the second debate Mitt Romney said that President Obama failed to acknowledge that the attack in Libya was a “terrorist attack”. The moderator, at the time, sided with Obama on the issue but after the debate admitted that Romney was actually correct in his statement.

Circulating across Facebook, Twitter, and even on Saturday Night Live, people failed to mention that the moderator retracted her statement after the debate. How curious.

These aren’t the only two examples of unfair politics going on with this election. It’s ridiculous and, quite frankly, for undecided voters who decide to inform themselves, these tactics do a terrible disservice to the Democratic platform. Neither candidate is perfect, they’ve both made (lots) of mistakes but this whole business of dishonesty is just insane.

At the end of the day, people will believe what they want to believe and they’ll see (/hear) what they want to during this campaign and election season. Many people have already made up their minds as to who they’re supporting and I think that’s great. I would like to see a more fair, more honest, conclusion to this election and I am curious to see how the speeches and debates that both Republicans and Democrats have participated in will play out in just a couple of weeks.

No matter who you support (if you even support either of them), I encourage you to read the transcripts and really familiarize yourself with what each candidate believes, and what they’ve said (not what you’ve heard they said). Most importantly, though, I encourage you to vote. Remember that you can’t complain about the outcome if you didn’t…

If you’re curious as to who I’m voting for…..in case it wasn’t obvious: 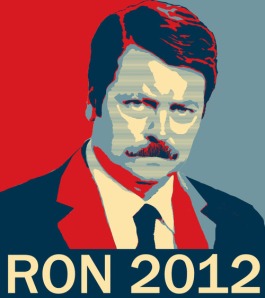