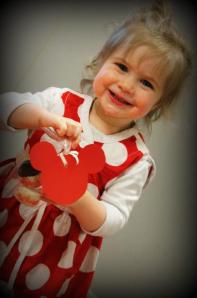 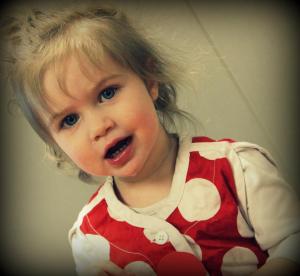 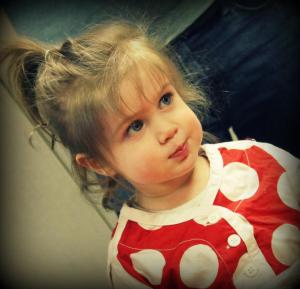 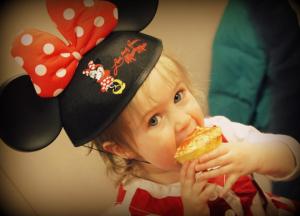 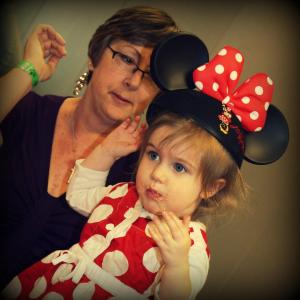 We had such an incredible birthday weekend. Thanks to everyone who helped make it so special!

I had big dreams for what I planned to make for C’s second Halloween (last year we dressed her as the most adorable watermelon you’ve ever seen). Several months ago, I saw an Audrey Hepburn costume made from ribbon and tulle. I told myself that’s what I would make. As with many of the big craft ideas I have from time to time, I set my sights too high and I found myself re-evaluating my options a couple of weeks ago. By now you might be wondering what C is going to dress as this year…She’s going to be a Mizzou (Missouri) Cheerleader. Cop-out much!? I wanted to throw in a little creativity to this costume and so I decided I would make her some pom-poms to go with her outfit. We’ll be attending a “Trunk-Or-Treat” event tomorrow night and our car will be decorated with some great craft projects that I’ll blog about later. For now, I want to talk about the pom-poms.

In case you weren’t aware, toddlers and paper materials (like tissue paper) don’t mix. Truth. Fact. So my original idea was not going to work:

I planned to use a hot glue gun (lookout!) to attach a mixture of yellow, black, and white tissue paper strips onto the cardboard from a roll of paper towels. If you have older kids, I think that would work but for those of us with younger children here’s what I came up with:

You’ll need to purchase your desired colors in soft pipe cleaners (or as I like to call them “the bendy fabric things”). Our local Walmart carried every color but yellow (go figure) so I opted for white and black: 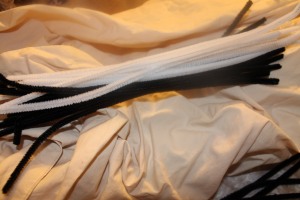 I wanted to make the pom-poms as toddler friendly as possible so I made them into little “bracelets” (that way C can be hands free while trunk-or-treating): 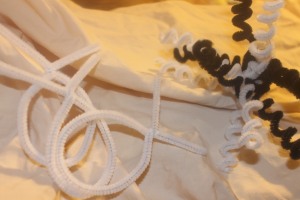 Next I took the remaining pipe cleaners and twisted them around a pen that I had handy: 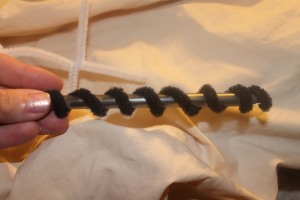 Then I attached them to the wristlets to complete the “pom-pom”: 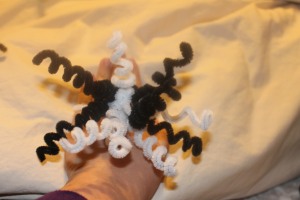 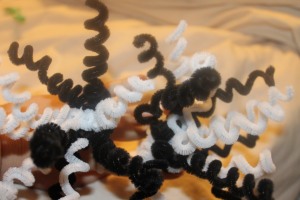 Even though they don’t look like traditional pom-poms, I think they’re pretty cute. Most importantly, they’re safe for my toddler and they’re something I don’t have to worry about her destroying before we head out the door.